Jason Vanderground is brand manager for Polyvision, a Steelcase brand. His team worked with partners to outfit 200 classrooms in seven cities in India with new whiteboards or chalkboards. He sat down the 360 Real Time’s Katie Pace to discuss the transformation and the partnership that led to it.

Listen to the podcast

Two brothers wake up in Delhi, India, put on their uniforms and head to school. They are two children in a population of 1.2 billion and are heading to a school filled with 700 others like them. They do have an advantage. They are going to a school that works with Teach for India, a program that places some of the brightest and most motivated young teachers in the nation’s most under resourced schools.

Teach for India is not alone in its support for these kids. Other organizations are joining this movement to improve education in what’s on its way to becoming the world’s most populous country. Polyvision, for example, has been doing business in India for decades. The company helps to produce durable, high quality whiteboards and chalkboards. In partnership with fabricator Whitemark, Polyvision installed 200 new whiteboards or chalkboards in participating Teach for India schools in seven cities.

A new whiteboard or chalkboard proved to be an energizing addition to the classroom. Before the new boards were installed, Jason Vanderground, Polyvision brand manager, told us boards were dilapidated, falling apart and so heavily marked, they were hard to read. A new, durable, clean surface brightened the entire classroom and gave teachers and students a way to easily communicate and learn.

Vanderground was there when some of the new classroom whiteboards were unveiled to students. Listen to what he has to say about how students reacted and why something as simple as a whiteboard can make such a defining difference to education. 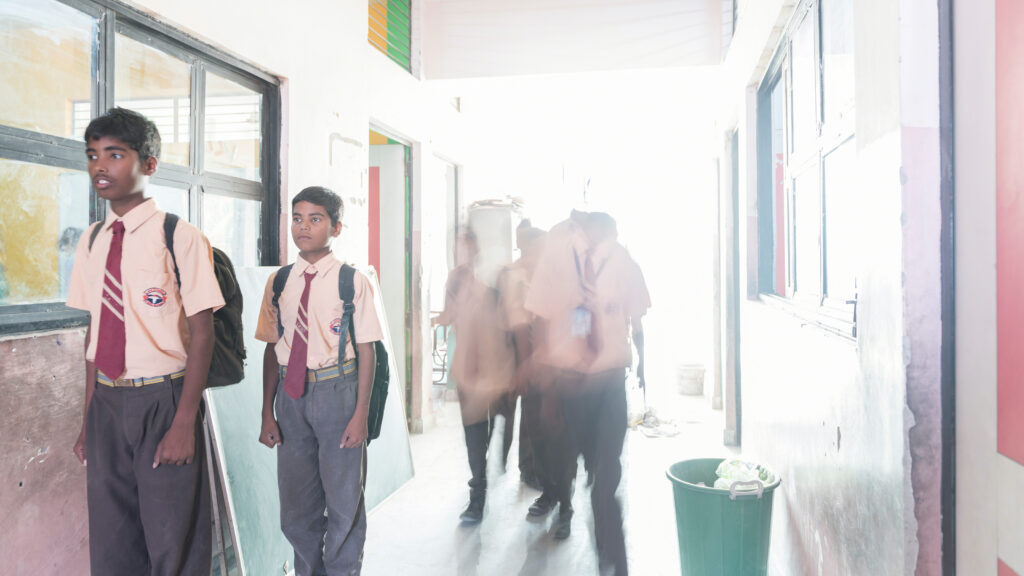 Two brothers headed to their classroom in a school of 700 in Delhi, India.

For more information on how Polyvision helped transform these classrooms, read New Tools for a New Future.