The Science Behind the Surface

We share the science behind eight of the top tests on the surface you see used in our chalkboards, whiteboards, and panel systems in classrooms, offices and architectural installations worldwide.

Tests, tests, and more tests. The rigorous science behind PolyVision’s e³ CeramicSteel is what makes it one of the strongest, most durable surfaces in the world. Engineers and material scientists run tests on all PolyVision products, measuring everything from color correctness to impact resistance, to guarantee top-tier quality and performance.

Here we share the science behind eight of the top tests on the surface you see used in our mobile whiteboards, whiteboard wall panels, and the chalkboards & whiteboards in classrooms, offices and architectural installations worldwide.

Color consistency: Color consistency is critical, especially when e³ CeramicSteel is used in adjacent panels where a tonal match is required or panels need to be replaced. Using a handheld spectrophotometer during production, the sample is illuminated and the reflected light spectrum is analyzed. The light spectrum is expressed in L* (light-dark), a* (green-red) and b* (blue-yellow) values. These values create a measurement more sensitive to color deviations than the human eye to ensure a true match. 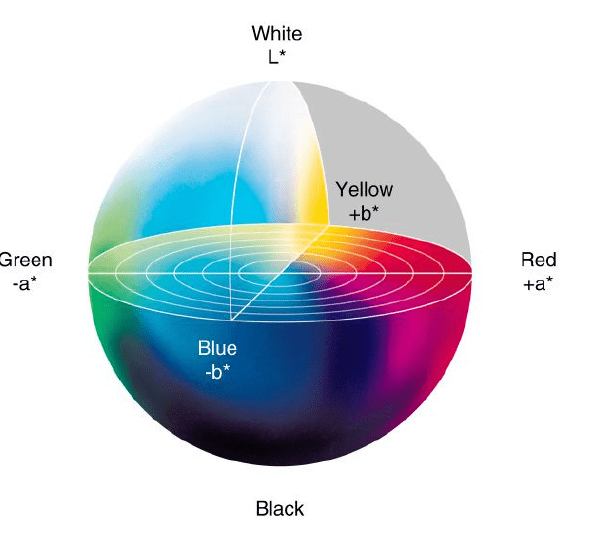 Enamel topcoat: The thickness of the enamel topcoat contributes to the overall thickness of the e³ CeramicSteel, but also determines the color, coverage and texture of the board. A consistent inline thickness guarantees a consistent color and texture, which is important when making installations with multiple boards. To measure the inline thickness, a digital coating thickness gauge uses the principle of electromagnetic induction to measure the enamel topcoat. A very thin topcoat layer of 0.07 mm (2.75 thousandths of an inch) allows e³ CeramicSteel to bend up to 300 mm in diameter without forming microscopic hairlines, giving it flexibility just like glass fiber.

Gloss: The gloss level of a surface determines the way it reflects light coming from projectors, ambient light, natural light and lighting fixtures. These reflections can be experienced differently depending on the setting, so PolyVision offers a range of gloss levels that can be suited to a specific room’s configuration.

Gloss level is monitored online using a handheld gloss meter which contains one, two or three light sources. Light receptors at opposite angles measure the amount of light that has been reflected by the sample, which is a measure of the specular gloss of the writing surface. 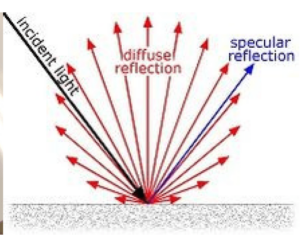 Waviness: To finish a board, a sprayed coating is applied using pressurized air nozzles, which break the liquid coating into tiny droplets. Depending on the speed and flow behavior of the coating, this pressurized air can create a ripple in the coating, leading to a textured “orange peel” surface. A non-sprayed surface does not run the risk of this effect and exhibits a much smoother visual aspect. To guarantee a smooth surface, PolyVision boards are tested with the Byk-Gardner Wave Scan 5+ — a handheld device which is dragged over the surface while a laser beam scans the surface texture to measure inconsistencies. 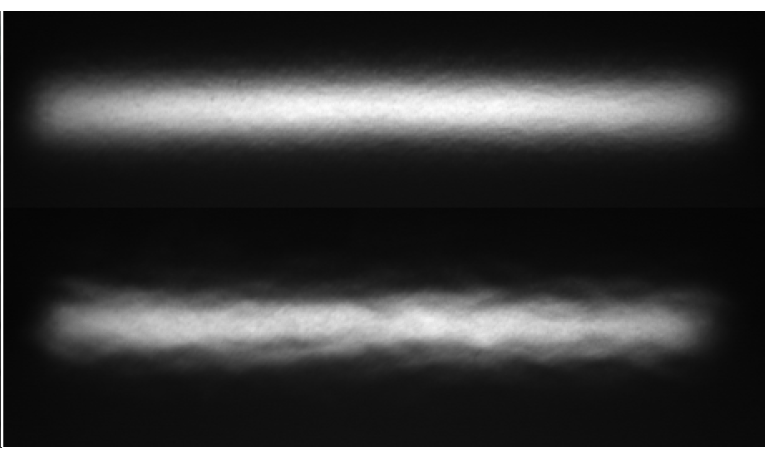 The top image shows a smooth surface, while the bottom features an undesired “orange peel” texture.

Scratch resistance: The scratch resistance test consists of dragging a standardized diamond needle — the hardest material on Earth — over the surface of a sample as it turns. The scratches are then colored using dry-erase markers. The ink dries and is wiped clean, to see if any of the colors remain, indicating damage. The only materials strong enough to damage CeramicSteel are those measuring more than 5 on the Mohs hardness scale, including Quartz, Topaz and Diamond.

Impact resistance: The impact test shoots a spring-loaded steel ball from a device called the Wegner pistol onto the test surface with a force of 20 newtons or 2 kilograms. Due to e³ Ceramicsteel’s vitreous — as hard as glass — enamel coating, PolyVision boards show high wear and scratch resistance.

Writing and erasing of chalk: To evaluate if an e³ CeramicSteel chalkboard surface retains sufficient chalk while being written upon, a standardized piece of chalk is dragged over the surface loaded with a 775-gram weight. Using the same color measurement as in the color consistency test, the color difference between the board and the amount of chalk on the surface is measured. The higher the measurement, the better the writeability of chalk.

Erasability of dry-erase markers: Erasability of a whiteboard surface is a critical property of e³ CeramicSteel. It is greatly influenced by different factors such as the cleanliness of the surface, its gloss level and the type and quality of marker and eraser used. The smoother a surface, the glossier and easier to erase it is.

To test erasability, 10 cycles of writing on the board for 10 seconds, leaving it to dry for 10 seconds and then subsequently erasing it for 10 seconds with a felt eraser at normal hand pressure are conducted. After the 10 cycles, the more pigment that remains on the surface, the poorer the erasability is.

To learn more about the numerous tests that PolyVision conducts to provide best-in-class durability and performance, please see the whiteboard surface property whitepaper.

Kelli Fowler, an experienced marketing communications and public relations professional, brings a creative and thoughtful approach to branding and marketing strategies on a global scale. Over her career, Kelli has worked in corporate environments serving the healthcare, real estate and manufacturing industries. Kelli is passionate about her work and takes pride in bringing a brand’s best to life. When she isn’t managing the digital marketing strategy for PolyVision, you’ll find her testing out a new recipe, enjoying time with friends or finding a new adventure with her husband and twin boys.

Design Challenges for Our Informal Workspaces in the Future

The Science Behind the Surface: Part 3